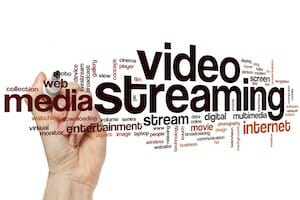 Today’s information technology connects people around the globe, giving them access to information, entertainment and culture in a way that generations before them could never have anticipated. Using these advances in technology, people involved in the arts have been exploring the possibilities and opportunities that the internet presents in ever more creative ways. The streaming of live theatre is one of these exciting new developments.

In one of our previous blog posts, we discussed how some theatres are adapting their plays for the silver screen, with performances being shown in selected cinemas.

But why not take it one step further… We’ve been streaming music, movies and television to our personal computers in our own homes for quite some time now, leading more and more theatre directors to ask: why not do the same for stage performances?

Performers, writers and directors have always searched for ways to bring more people to their theatre productions – but this would be an exciting new way to flip that challenge on its head and instead bring their productions to people.

Recognising the possibilities of theatre streaming, UK company Digital Theatre has been archiving live theatre productions, which are available for people to stream straight to their computers. They describe this process as ‘surveillance filming’, using multiple cameras to capture various angles for editing later on. They don’t change any elements of the stage production such as lighting, so online viewers can experience the true essence of the performance.

Other companies too are jumping on the streaming bandwagon. Renowned screenwriter Abi Morgan, who wrote The Iron Lady starring Meryl Streep, recently turned her attention to the theatre. Her production of the play Lovesong was an intimate affair at the Lyric Hammersmith, London – but she has taken her experience of film, television and theatre to produce a high definition, streamed version of the production.

Some theatre directors and performers may have doubts about how a live performance will appear on a computer screen – Morgan definitely did, until she saw the finished result and loved what she saw.

Streaming playing to computers will never replace the theatre (thankfully!) because it’s just simply not the “real deal”, but it’s a great alternative for people who would otherwise not be in a position to be exposed to the theatre, and it’s a fantastic way for directors, writers and performers to get their productions out to a wider audience.